Sheila-Madge Bakker is a Pretoria-based designer who reconciles concept and the Avant-garde with wearability, assimilating the fashionable masses to thought-out clothing and deliberate living.

The brand explores both wedding couture and luxury streetwear, which influences each other to give each branch of design a fresh approach. She believes that design is like an orchestra with different elements working together to produce something unique.

When I asked her “Tell me something about you”, she answered “My story is not a new, exciting or different one. I did have one of those typical made-the-barbie-clothing type of childhoods. My best friend Bernette Bergenthuin and I used to dress up in my mother and grandmother’s wedding dresses and parade around like queens. But then came a time when I wanted to scratch in the dirt to find treasures and minerals; fashion and frills long forgotten. It wasn’t long though, before I secretly started collecting Vogue magazines “. Her answer let me think that our future is strongly influenced by what we did in our childhood, from those wild and natural behaves children have. It’s something inside us. We can take many roads or open many doors but at the end our deeply nature comes out and that makes you happy..

And that’s why Sheila-Madge Bakker is a designer.

What about your collection, Black Lips?

It was a collaboration with artist and friend Andel Olivier. Andel Olivier was formally educated in Fine Arts at the University of Stellenbosch, where she received her Honors Degree in Illustration in 2012. Since then she has enjoyed doing various childrens book illustrations, working as a freelance designer and has been part of a few group/solo exhibitions in South Africa and Mauritius.

This particular collaboration was inspired by their mutual love for unexplained phenomena, nature and growing up in South africa.

The collection explores the versitility of African art and the different ways other cultures borrow from the African identity. With the exposure to new cultural influences, it is twisted into something unique. The main Exploration was that of the Louisiana Bayou. Trade slaves from Africa were sent to work on the plantations and farms in Louisiana, situated near the swamps, it was the perfect breeding ground for the use of African Mysticism and the practice of sympathetic magic to conjure up their own type of Magic known as Voodoo. Voodoo, contrary to popular belief, was mainly used for good and not evil. The theme is used loosely to enclose a philosophy more than a direct idea. We wanted to showcase just how influentual the african diaspora has been on an international level, for centuries.

A combination of block-printed textiles, embroidery, knitting and beading is explored in celebration of skill-sets unique to South Africa.

Mostly nature and culture, in particular that of Africa. I take inspiration from the natural environment in which I was raised. Elements of the forest plantations in the Natal Midlands and the ocean, specifically Bakoven beach in Cape Town, manifests strongly in the colours and textures of many of my designs.

Tell us something about fashion in South Africa.

Fashion never stands alone. Many external factors such as Politics, the economy, social culture, identity groups and globalization plays a role in fashion as it is seen in a specific point in time.

As Africans we are privileged to move in an environment that is rich in culture and tradition. Imitation of other countries that have been holding us back in design has now been broken by a definite idea of differentiation. African designers are starting to use their environment to portray an international vision.

The tomorrow people is what we can now call ourselves, because of the vision we hold as previously overlooked people/designers. The fresh vision and outlook African design brings forth a freshness or newness to international fashion platforms, implemented and seen in some of the top brands of the world.

Glocalisation; the name for the combination of globalization and localization, which is the direction of African fashion and culture, where there is a focus on local ideas but portrayed in an international standard of quality.

Now the challenge lies in finding the balance between what the consumer wants and what we as designers need to give the public in order to bring about new trends that are unique to Africa. In a culture where “high design” is not yet implemented in everyday life, and consumerism is still retail based, it is more difficult for designers to have freedom in designing garments that will break boundries.

We can do this by breaking stereotypes, collaborating, by using skillsets that are understood and appreciated by our cultures and by involving the whole nation in the art of textile. There are so many people that could benefit from a job in beading, weaving, embroidering and many other that are unique to Africa. These skillsets should no longer be seen as exclusive, but should be a everyday thing as it were many years ago in tribes and settlements.

Africa is where it’s at!

Which kind of music where you listening during your latest project?

I listen to a lot of audio books and Podcasts, when working late into the evenings; I find it informal or relaxed, special, just my own world. In studio we give turns to choose music, not everyone’s taste in music is the same. But if I can slip in some Mac Demarco, Black Math, Dear Tick, or William Onyeabor, I am happy. I feel it is good to jump between different genres, it keeps the vibes fresh.

Artists, fashion designers you love and who inspire you?

Many South African artists inspire me, and I love collaborations, we work together and support each other. Some of these are fine artists, Andel Olivier, Banele Khosa, illustrator, Bianca Brand, jeweler, Lorean Jewellery, and many many talented photographers. I feel I find more inspiration in things that aren’t fashion. It broadens one’s perspective and stretches the furthest parts of the mind, giving a new angle to fashion.

Colors you love and that remind about your Country?

Colours in contrast, warm against cold, light against dark. Nothing in South Africa is mediocre. Our people speak out, show face, have character and never back down. Even if it upsets each other we voice our feelings. I think it is very honest in a way. We are a rainbow nation! Not in a “unicorns and butterfly-rainbow-happiness” kind of way, but we all have different cultures, ideas, and views in live, making up one people. I love that about my country.

One famous person you would love to dress and which kind of dress would you imagine for him / her?

JK Rowling, she is amazing, I would dress her in a unique piece made to her taste.

Looking to the future, Sheila-Madge Bakker hopes to move within the international space of competitive design, delivering high-quality garments that are equally comfortable in the street and as high art.

What were you doing before answering all these questions?

Making lunch, I love cooking; two friends and I have a pop-up eatery called “Weekend Pop-up Eatery”. It is a great distraction from the ever-so-busy fashion industry.

Imagine a shape / object to represent your Country.

><this shape. Bigger and smaller, taking in, giving back. It is also a shape used in many cultures for beading and art.

A short time ago we met two... more 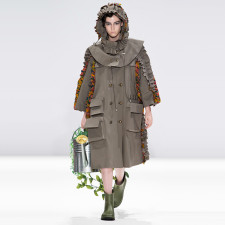 Certainly one of the American cities... more 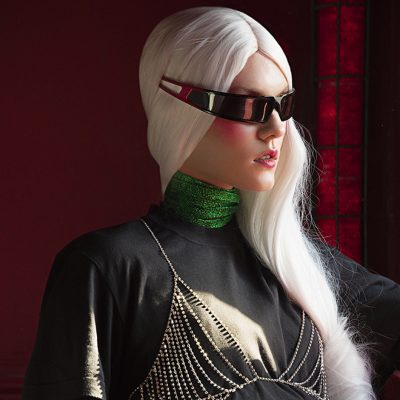 Intro During the Graduate Fashion... more 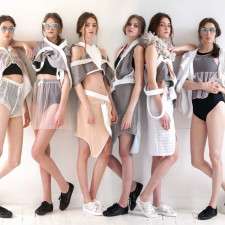 Flicking through our fashion atlas, we... more 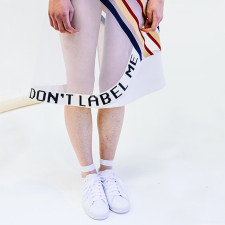