With her SS18 collection the Russian designer with Korean origins Jenia Kim makes a tribute to her roots nd to th Haenyeo women community, famous for their diving qualities.

The western culture uses to see a traditional family’s portrait as a role’s split based on sexual genre: women have the role to give birth to children and to take care of the house, men to protect and support the family. Based on completely different morals is the Haenyeo community: from XVIII century in some Sud Korea isles, where the only income is diving, many women started to go under the sea to replace the empty place left to their men’s death in war and sea’s accidents. From that moment women gained an important position in society, overturning sexual genre’s role. Full of ethical and physic strength the Haenyeo women dedicate their lives to sea and to the sustainment of their own families and to the economy of the country.

After a journey to Jeju Island, Jenia Kim decided to take the inspiration for her S/S 18 collection from these women. Russian designer, with Korean origins, Jenia Kim has always been attached and interested to her culture, since her first collection. With this season she went more deeply into her roots, making a tribute to Haenyeo’s women, who are dedicated to fishing fishes and shellfish, putting the wetsuits as the main article of clothes’ project.

Turned it into clothes one can wear everyday, the designer transformed the wetsuit into embroidered bodysuits and wet hoodie crop tops, decorated with natty brown button-up with embellishments made to mimic tree shavings in floral forms. Pretty typical is the rounded outward silhouette, that remember an hourglass, of high waist pants and shorts: like the designer ironically said, it reminds “the crooked and shorts legs of Korean grandmas”; instead the skirts look like big shawls worn around the hips. To complete each outfit, the designer created a bag’s mini-collection, with the collaboration of an ophthalmologist and the artist Alexey Klepnev. With the trompe-d’oeil effect, these plastic bags are decorated with drawings of marine animals and they are an allusion to women in a Korean market.

This season S / S 18 presented by the designer puts its bases on Haenyeo community to give the message that every woman can take care of herself, without the help of any man.

What we’re talking about today is... more 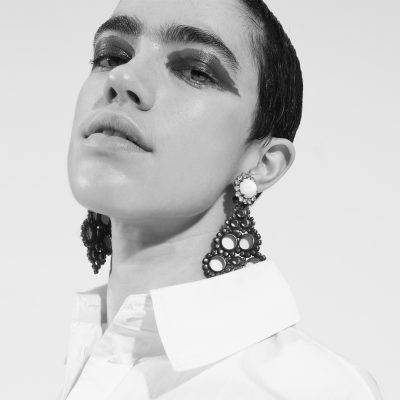 MFW: Leitmotiv FW2016-17 “Into The Woods” brought us in Wonderland

The ludo-couture is the charm of... more

MFW: Leitmotiv FW2016-17 “Into The Woods” brought us in Wonderland 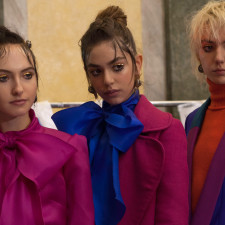 Intro We are back from London where... more 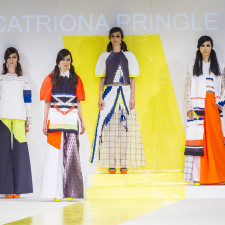 Faustine Steinmetz SS15: The past in the future

Faustine Steinmetz is one of the new... more

Faustine Steinmetz SS15: The past in the future 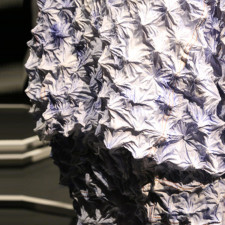